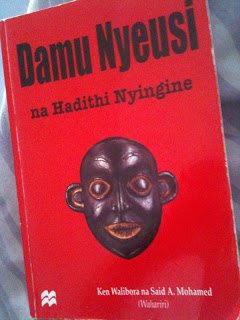 I was watching a William Shakespeare TV documentary with a couple of secondary school students, recently. In the middle of the programme one asked if I had read Hamlet. I said, I had. Romeo and Juliet? Yes. Julius Caesar? Sure.
“Where did you read them?”
I said at Ilboru secondary school in the highlands of Arusha, Tanzania. I also acted in a Caesar play; I was Cassius and saw “Romeo and Juliet” film at the British Council in Dar es Salaam.Yes. William Shakespeare is known in Africa, I explained.
The youths thought Shakespeare is an archaic thing only forced unto them (to waste time) whereas the writing legend has been utilized for ages across the planet to learn English. Shakespeare is the second mostly quoted English writer after the Bible while his plays the most used in cinema. And what significance for the British? It means glory for the English language plus financial gains.

And if you are in East Africa where Kiswahili poetry has been injected with some of the finest writers in Bongo Flava, you have to remember that guys like Professor Jay (aka Joseph Haule) are a continuous segment from Mr Two, past 1960’s Swahili poet Mathias Mnyampala through Shaaban Robert to  Fumo Lyongo’s classic poetry of the 12th century.
When Professor Jay recorded “Ndiyo Mzee” ridiculing politicians bubbling fake promises to win votes, the President himself acknowledged the tune highlighting   political hypocrisy. Likewise Morogoro musician  Salum Abdullah wrote songs to inspire the struggles of TANU and Mwalimu Nyerere in the 1950’s.
The profound importance of literature cannot be underestimated in any society.